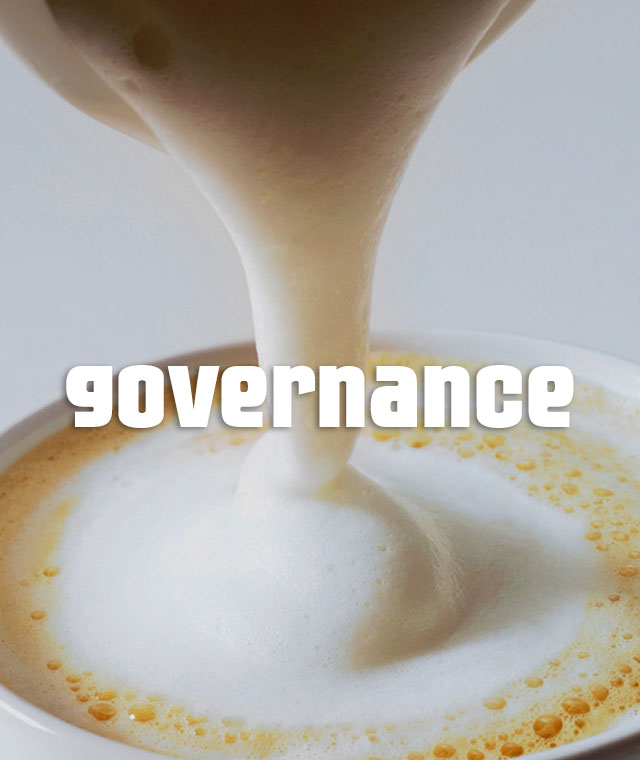 To create your profile

There is an exclusive offer on
Cafe latte Claim it now!

The content of this documents must not be reproduced or disclosed to any person outside the organisation either wholly or in parts without the prior consent of the Management representative.

To provide a safe and respectful work environment / establish an atmosphere for employees that is free from Harassment or discrimination against employees on the basis of race, colour, creed, religion, gender, national origin, age, sexual orientation or gender identity, or physical or mental disability and outline the company’s policy to protect all categories of employees (Direct and indirect) against Sexual Harassment in particular.

The Policy is meant to promote a healthy work environment that is free from harassment of all kinds for all those covered. The policy provides for an effective Complaint and Redressal mechanism for any cases of Harassment including Sexual Harassment.

This policy shall apply to all employees, trainees, contract employees, interns, temporary workers, consultants and all those who are involved in the company’s activities directly or indirectly on a day-to-day basis, hereinafter referred to as the “Individual”. All employees, including supervisors and other management personnel, are expected and required to abide by this policy. No person will be adversely affected in employment with the employer as a result of bringing complaints of unlawful harassment or sexual harassment in particular.

Sexual Harassment includes any one or more of the following unwelcome acts or behaviour which is offensive to the person or persons it is targeted towards whether directly or by implication namely:-

A Committee will be formed under this policy to investigate complaints of sexual harassment referred to it and make appropriate recommendations to the relevant management team. The Internal Complaints Committee shall consist of the following members to be nominated by the employer, namely:-

A Management team refers to the person/s vested with the powers to take appropriate disciplinary action and comprises the senior management of the organisation which will include any employee designated as Chief Executive Officer, Managing Director, Director,//President/Business Human Resources Head.

The addresses / phone numbers / e-mail addresses etc. of all members of the Internal Complaints Committee are given in Annexure 1

1. Where the aggrieved woman is unable to make a complaint on account of her physical incapacity, a complaint may be filed by:-

2. Where the aggrieved woman is unable to make a complaint on account of her medical incapacity, a complaint may be filed by:-

3. Where the aggrieved women for any other reason is unable to make a complaint, a complaint may be filed by any person who has knowledge of the incident with her written consent.

4. Where the aggrieved women is dead, a complaint may be filed by any person who has knowledge of the incident with written consent of her legal heir.

Procedure on Receipt of Complaints

The Chairperson shall, within 90 working days of the receipt of a complaint under this policy, personally meet or designate a member of the Internal Complaints Committee to meet the Individual who has made the complaint and record the findings of such interview.

If the Chairperson is satisfied that there is no prima facie case of harassment having occurred as complained of, he or she shall dismiss the complaint after recording in writing reasons therefore.

The Investigation Committee shall promptly and thoroughly investigate the Complaint referred to it and submit to the Chairperson, a report of its findings within 10 working days from the date of the complaint being referred to it.

The Committee shall document all investigations and findings. No person against whom a Complaint is made shall be part of the Investigation Committee.

Manner of inquiry into complaint:-

1. At the time of filing the complaint, the complainant shall submit to the Complaint Committee, six copies of the complaint along with supporting documents and the names and the addresses of the witnesses

2. On the receipt of complaint, the Complaints Committee shall send one of the copies received from the aggrieved woman to the respondent within a period of seven working days.

3. The respondent shall file his reply to the complaint along with his list of documents and names and addresses of witnesses within a period not exceeding ten working days from the date of receipt of the documents

4. The complaints Committee shall make inquiry into the complaint in accordance with the principles of natural justice

5. The complaints Committee shall have the right to terminate the inquiry procedure or to give an ex-parte decision on the complaint, if the complainant or respondent fails, without sufficient cause to present herself or himself for three consecutive hearings convened by the Chairperson or Presiding Officer, as the case may be: Provided that such termination or ex-parte order may not be passed without giving a notice in writing, fifteen days in advance, to the party concerned.

6. The parties shall not be allowed to bring in any legal practitioner to represent them in their case at any stage of the proceedings before the Complaints Committee.

7. In conducting the inquiry, a minimum of three members of the Complaints Committee including the Presiding officer or Chairperson, as the case may be, shall be present.

Proceedings and Communication of Findings:

The Business Head will also ensure that a closure report is submitted to the Chairperson of the Internal Complaints Committee on completion of any action taken.

The Internal Complaints Committee shall follow principles of natural justice in all its proceedings and shall maintain confidentiality of the identity of the complainant and the witnesses.

In case of complaint against Individual, who is/are members of the Complaints Committee, the Chairperson shall entrust the proceedings to the NGO representative to investigate the complaint and such person shall have the same powers as the Internal Complaints Committee in implementing this policy. Manner of taking action for sexual harassment:- When the Complaint Committee arrives at the conclusion of allegation against the respondent and it has been proved, it shall recommend to the employer , to take any action including a written apology, warning, reprimand or censure, withholding of promotion, withholding of pay rise or increments, terminating the respondent from service or undergoing a counselling session or carrying out community service.

If the victim of harassment feels unsatisfied with the outcome of his/her complaint to the Unit Complaints committee, he/she may appeal to the Group Complaints Committee or a Court within 90 days from the date of last proceedings. This committee after hearing the appeal shall review the case and present their recommendations to the appropriate Management Team. The decision of the Group Level Management Team will be communicated to the Business Head to implement the recommendations

Implementation of the Recommendation

The punishment may be by way of any disciplinary action up to and including termination of employment as may be decided by the Internal Complaints Committee.

The implementation of the orders shall be within 60 days of the receipt of recommendation from the Internal Complaints Committee Chairperson may award interim relief to the complainant during the course of investigation to prevent any further Harassment or to safeguard the complainant from threats and retributions.

For the purpose of determining the sums to be paid to the aggrieved woman, the Internal Complaints Committee shall have regard to:-

Every Individual who threatens or intimidates (a) any Individual who has made a complaint under this policy or (b) any witness thereof, shall be liable for disciplinary action, up to and including termination of employment as per the rules of the Company

If an employer fails to constitute an Internal Complaints Committee or does not comply with any provisions contained therein, the Sexual Harassment Act prescribes a monetary penalty of up to INR 50,000. A repetition of the same offence could result in the punishment being doubled and / or de-registration of the entity or revocation of any statutory business licenses

The Complaints Committee shall ensure a quorum of at least 2 members when taking a decision/meeting.

The Management shall as soon as possible, after the coming into force of this policy submit the same to the concerned Government Department as partial compliance with the Supreme Court judgment in this regard.

Consider using an informal method of resolution if the behaviour was minor. Only use this method if you feel it will permanently stop the offensive behaviour without reprisal and you feel the offender should be given a chance to change.

The procedure for reporting incidents of harassing behaviour is not intended to impair, replace, or limit the right of any employee to seek a remedy under any appropriate judicial court

The Friend or Co-Worker

In addition to ensuring compliance with the other provisions stipulated, the Sexual Harassment Act casts certain obligations upon the employer to, inter alia,

The employer is also required to monitor the timely submission of reports by the Internal Complaints Committee.

Preparation of Annual report – The annual report that the Complaints Committee shall prepare shall have the following details:-

The employer shall include in its report the number of cases filed, if any, and their disposal under this Act in annual report of his organization or where no such report is required to be prepared intimate such number of cases, if any, to the District Officer.

List of Internal Complaints Committee, Bangalore for the period February 2018 to February 2021:

The following will be construed as Misconduct which will invoke strict disciplinary action from the organisation which can be up to termination of employment. This list is not exhaustive and misconduct may not be limited by these acts only:

Harassment Investigation Guide for members of the Internal Complaints Committee

Fees or allowances for Member of Internal Committee:

1. The member appointed from amongst non-government organizations shall be entitled to an allowance of two hundred rupees per day for holding proceedings of Internal Committee and also the reimbursement of travel cost incurred in travelling by train, in three tier air condition or air conditioned bus and auto rickshaw or taxi or actual amount spent by him on travel, whichever is less.

The employer shall be responsible for the payment of the allowances

.A social worker with at least five years’ experience in the field of social work which leads to creation of social condition favourable towards empowerment of women and in particular in addressing workplace sexual harassment

A person who is familiar with labour, service, civil & criminal Law

Fees or allowances for Chairperson and members of local committee:

1. The Chairperson of the local committee shall be entitled to an allowance of two hundred and fifty rupees per day for holding the proceedings of the said committee.

2. The members of the local committee other than the members nominated shall be entitled to an allowance of two hundred rupees per day for holding the proceeding of the said committee and also the reimbursement of travel cost incurred in travelling by train in three tier AC or AC bus and auto rickshaw or taxi, or the actual amount spent by him on travel, whichever is less.

The Employer shall be responsible for the payment of the allowances